GWANGJU, Korea, Republic Of — Maggie MacNeil exceeded her expectations at the world aquatics championships. And then some.

The 19-year-old from London, Ont., competing on her first senior national team, stunned many observers by winning the women’s 100 metre butterfly Monday. MacNeil also earned Canada its first gold medal of the competition and surprised herself along the way.

“Definitely not,” MacNeil said when asked if she saw the accomplishment coming. “I was hoping to get to a semifinal and maybe make a final.

“I felt good in warmups but emotionally I’ve never been so nervous (before final).”

MacNeil set a Canadian record with a time of 55.83 seconds, 0.39 seconds ahead of reigning Olympic champion and world-record holder Sarah Sjostrom of Sweden.

Emma McKeon of Australia was third. Sjostrom had won the title four times.

Sjostrom took it out strong, dipping under her world-record pace on the first lap, while MacNeil was in fifth. But MacNeil roared back with the fastest closing lap — 29.06 — of the eight-woman final and touched first.

“Rikako never give up” it read, with hearts decorating their palms. Sjostrom came up with the idea.

Ikee announced in February that she has leukemia. She was the world junior champion in the 100 fly and had the fastest time in the world last year. She is aiming to return in time to compete in the Tokyo Olympics.

“We’re hoping this will show that we’re supporting her and we’re here if she needs anything,” said MacNeil.

Marcus Stroman pushes back against ‘negative narrative’ amid trade rumours 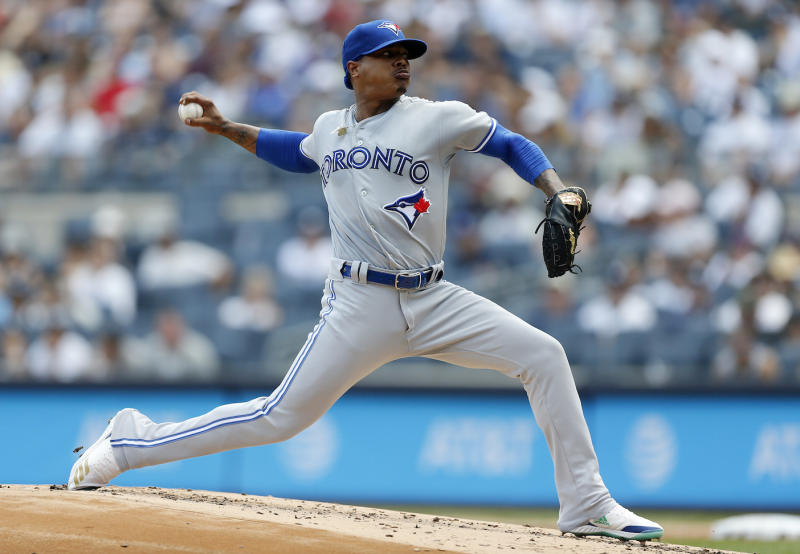 Toronto Blue Jays ace Marcus Stroman is pushing back against the perception that his personality is one of the contributing factors to why he’s on the trade block.

A fan listened to “Tim and Sid” and interpreted that Sportsnet’s Tim Micallef was suggesting that Stroman should be traded because of “cultural” reasons, a notion that Toronto’s lone all-star rejected entirely.